We had 17 players and the format was “Joker’s Wild”.  Each player picked at suit. With four players, one would be clubs, one would be hearts, etc.  Inside each hole was a taped card - if the card was a club, the person who matched would use their net score. Joker's, we could take the best net score. What wonderful weather we had, but it was a bit breezy, but that only adds to the challenge!  We awarded the first and second place teams.
In  1st place with an incredible score of 66 was Wendy Ngoy, Carol Papke both 1st time tournament players! and Terri Martell.

Second place with a score of 68 went to Pam Koch, Kelly Tague and Loraine Ward Theroux.
I think Terri Martell had a very blessed day because she also won the closest to the pin on BOTH #8 and #15, 4’6 “and 8’3” WOW!  Chip-In went to Della G., Wendy N. and Carol Papke…first time tournament player had 3, count ‘em, 3 Chip-In’s.
Low Gross went to April Kenyon who won against Charlene Hastings in a card-off with both scoring a 86, and Della Gutierrez won low net in a card off against Wendy Ngoy.
Please consider joining in on the fun for our next event on June 8, at Boundary Oaks. Registration closes on June 1st.  Look for the updated standings for the Club Championship and Players Champion on the website.

Struggle with my weight

BITCH!! I JUST LOST 5 MORE POUNDS!! I HAVE LOST 25 POUNDS TOTAL SINCE I CAME BACK FROM THE HOSPITAL IN MARCH. I"LL EXPLAIN THAT LATER! 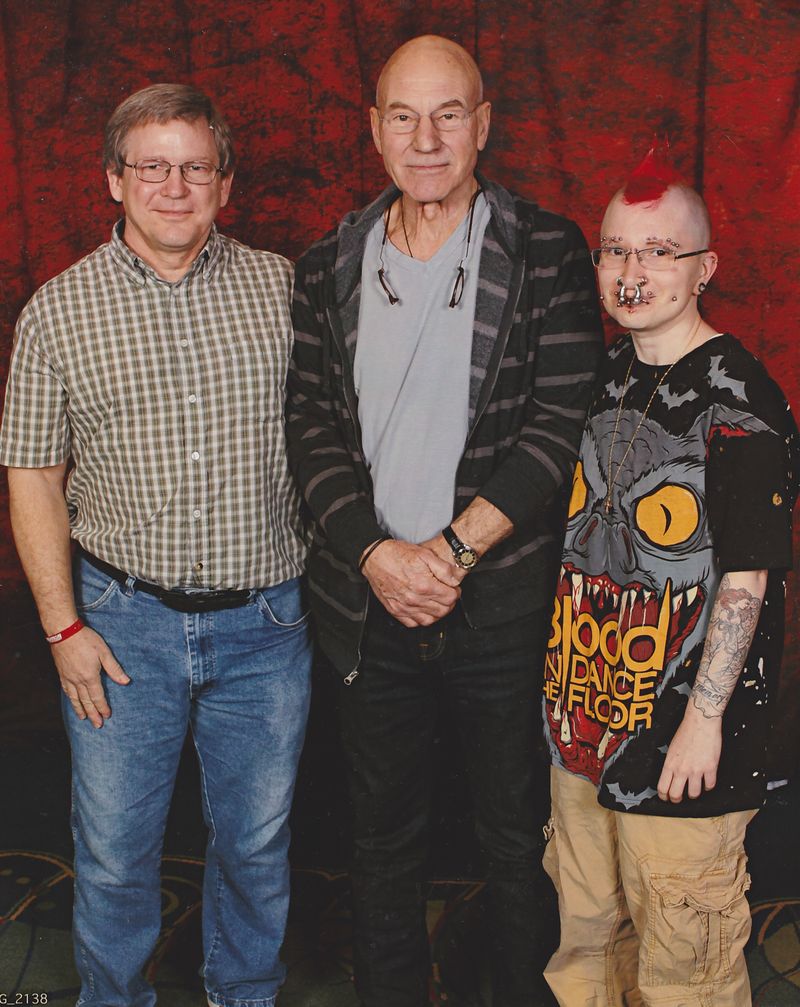 For now PATRICK STEWART..yeah this is my first convention before the alchohol when i was thin and had all my piercings. i started drinking right after this. patrick stewart may be a good captain but he wasn't very nice

we were lined up for pictures and he just didnt want to be there. i mean it was not a good experience I could have gone to a comic-con to see scott!

star trek 2013 enterprise cast! they were great. well dominic was 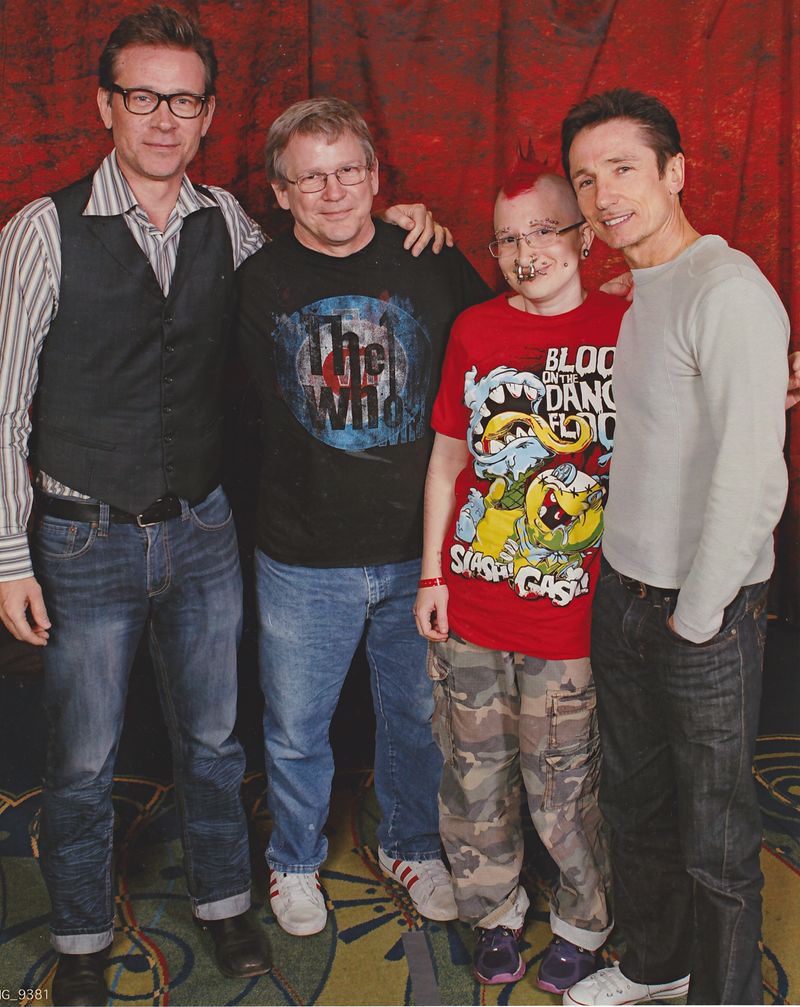 The Rules Clinic given by Kay Middleton is back by popular demand.  Held in her back yard, she will cover the 5 most common situations and the options available. Experienced and novice players are encouraged to attend. Refreshments and socializing after the clinic.

To sign up email Kay Middleton at Membership before Monday, June 3rd.

Limited to the first 16 sign-ups. Address and details will be emailed when you sign up.

WHAT IS MY “ESC” AND WHY DO I USE IT?   HOW DO I FIGURE OUT THE COURSE HANDICAP? WHAT ARE THE RULES FOR WHO IS AWAY?

These are just some of the questions that Della Guiterrez has been asked by members since she became President of FWGA.  She knows that golf is a game of continual learning and she decided to answer these and other questions.  So If you are new to golf or just need a refresher, check out this new section under Fore Learning in the Member Resourse section.

Come play a casual round of golf

at one of the most beautiful private country clubs

in the East Bay.

Cost is $85 and includes a Continental Breakfast Buffet, Driving Range, Green Fees and Cart.
This price is ½ the normal price to play there as a guest of a member.

Deadline to register is Saturday, May 31st

(Note: this special email is set up only for this event.)

You can put your own group together or we will match you up with like players.
Don’t miss this unique opportunity to play a beautiful, private country club in the Oakland Hills.

Don't forget to sign up for the Pitching, Chipping & Putting Clinic on May 17th at Metropolitan Golf Course in Oakland.  The instructor is Greg Thrall.  The price is $20.  The class size is limited to 5 participants.  First clinic @ 1:30, next @ 2:30 pm.

To reserve your spot, contact Mimi Johnson-Jacobs at Clinics

FWGA Members Come Out Swinging for The First Tee of Oakland

On Monday, April 28, The First Tee of Oakland’s Women’s 9-Hole Golf Fundraiser was held at the beautiful Sequoyah Country Club in Oakland.  It was a huge success with about 100 golfers, many who are FWGA members.

Our day began with Lizette Salas, LPGA player, who was gracious enough to hold over for an extra day after the Swinging Skirts tournament in SF to come over and meet and greet everyone in the morning.  She spoke a little bit about her background and then offered some really helpful around the green tips.

Off the groups went for a challenging round.  Nancy McDaniel, Board Member and CAL Women’s Golf Coach, were instrumental in bringing in three very impressive former LPGA Players – Jean Zedlitz, Dana Dorman, and Sara Sanders who asked if we would like them to hit our tee shot.  Absolutely, the players loved it!

Following the round, players and 50 additional guests were present for the luncheon.  There were over 40 silent auction items, five really nice raffle prizes and a couple of Warriors playoff tickets that were auctioned off as well.

The big surprise was securing Kay Cockerill, former LPGA player and Golf Channel broadcaster, to serve as the stand in guest speaker.  She talked a little about herself and then brought all six of the First Tee girls up on the stage and asked them each a few questions.  They were absolutely beautiful and brilliant!

The most emotionally charged part of the event was the Fund-a-Need bidding at the end of the program. After explaining about the First Tee program and the kids that it serves, I encouraged everyone there to help keep it going by picking up their bidding paddles.   The bidding started pretty high…but once we got the bid down a little lower the paddles started popping up.   We raised $21,235 just on the Fund-a-Need!

Thanks to everyone who made this event an amazing success.