This year, FWGA will recognize two (2) tournament players for their excellence.

The Club Champion honors the best Low Gross golfer who not only plays exceptionally throughout the year but also wins the Gross match play tournament.

The Qualifying Tournaments are:

Club Champion will be straight up match play with no “pops”.

The rounds of match play (gross and net) are scheduled as stated below:

If tied at the end of 18 holes players will continue to Hole 1(unless directed to another hole by the golf course.) and continue to play until one player is declared a winner.
In net play “pops” continue to count.

Please contact Liz Riddle to register for the Club Championship and Player's Championship.

Here are some questions you may have in regards to the change from our previous club champion format.

How do I know I am playing for the Club or Players Champion?
You will need to let the Club Championship Chair know that you would like to participate and in which category, prior to the first tournament of the season.

What if I change my mind and don’t want to participate?
No problem, just let the Club Championship Chair know.  BUT you may not decide to join later!  So go for it!  What do you have to lose?

How do I earn points?  There are no longer points.  Your gross or net score depending on which category you are competing is counted and added together for a cumulative score of your 3 best scores.

I like to play with my friends at tournaments and don’t want to play with the Championship Flight?  No problem.  You can be paired with one of your friends and still play for Club or Players championships

I can’t make all of the Tournaments? No problem.  You only have to turn in 3 scores.  If you play in 4 or 5 tournaments your 3 lowest scores will be used.

Please contact Liz Riddle to register for the Club Championship and Player's Championship. 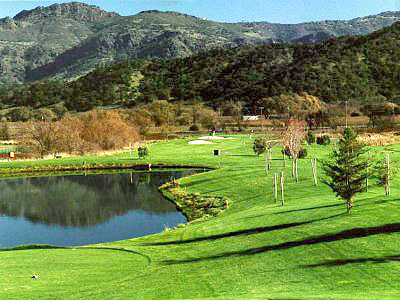 For the first 9-hole tournament for 2017, we are playing FWGA’s well-loved course, Vintner’s.  If you have not played this course, it is a must for your golfing life list.  As stated on their website, “This championship nine-hole resort course, featuring three different sets of tees, was originally designed by Casey O’Callaghan and opened in 1999.

You’ll enjoy a two-hour round of golf, and no matter what your handicap there is a set of tees that will fit your needs.  Golf course Superintendent, John Krueger, and his wonderdog assistant, Kit, has the golf course in great shape with beautifully manicured greens.  Vintner’s Golf Club is recognized as having the best greens in the area.” 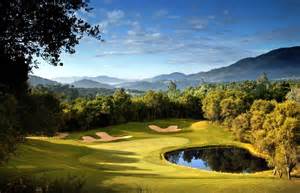 Greenhorn Creek Golf Course, which meanders effortlessly through the stunning Sierra Nevada foothills, is both challenging and enjoyable with more of the fastest, truest greens in the state. It has also been recognized by many for its unparalleled personal service, well-maintained greens and challenging holes – wsa named “One of the Best in Northern California” by the NCGA magazine in 2006 and by Golf Getaways in 2014.

The centerpiece of this 900-acre gated resort and residential community is this scenic, traditional-style golf course characterized by rolling terrain, mature oak trees, ponds, lakes, and natural wetlands. The goal was to blend the course and land together naturally. Saddle Creek is the home of the Northern California PGA and following debut in 1997, was ranked the seventh best upscale public access course in the country by Golf Digest and Golf Week Magazine recognized it in the top ten best public access course in the state of California. Come play and give it your rating!

Must be available on all dates for each tourney entered. Please note index stipulations!

Qualifying: $142 per team Championship: $20per team pd by FWGA

All indexes allowed. 100% of index used. Qualifiers NOT flighted. Championships have three flights based on index.

FWGA Announces The First Tee of the East Bay Tournament 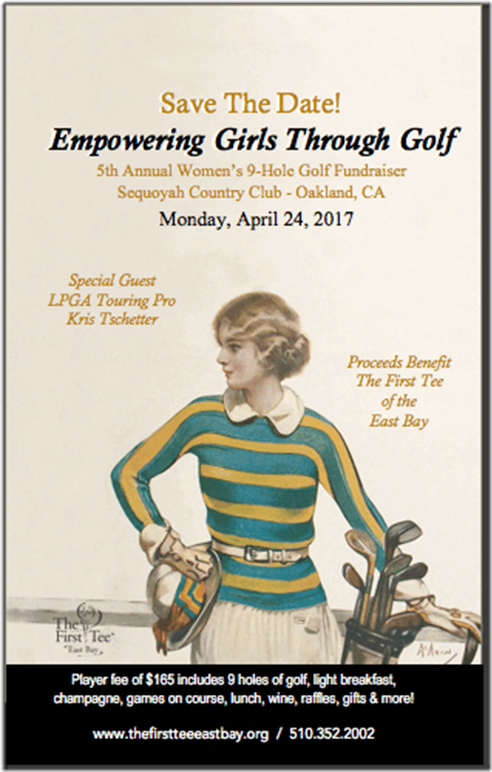