DEATHS OF MY DAD AND OTHERS

The original patterson family-MY fathers side.

PATTERSON FAMILY (THE ORIGINAL) in 1977 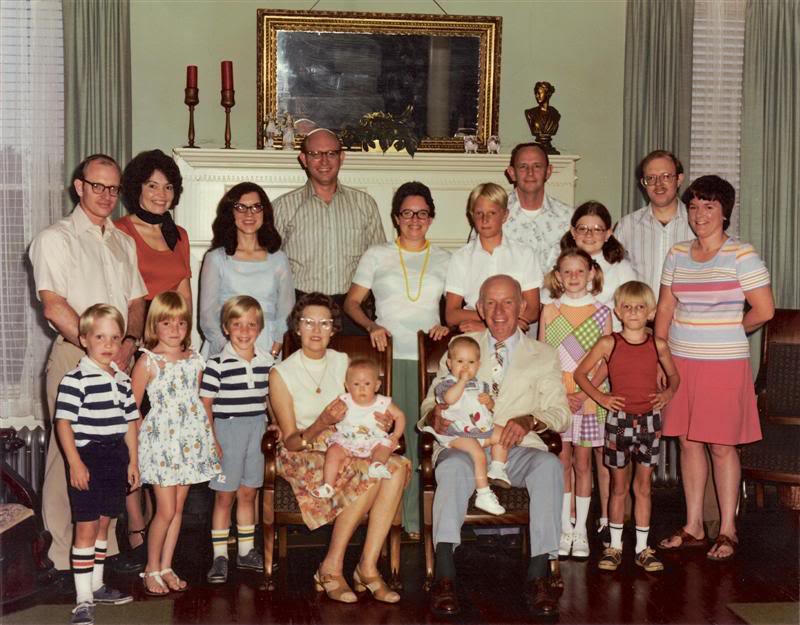 
Greens Folly Country Club, South Boston, Virginia. I was a little over a year old here. I am the big baby sucking my thumb. Everyone at this time lived in different states. (this is how it is easy not to know your family) I don't remember this reunion, but I doubt there were many more.  I thought it was a huge deal to have this photo on LJ, but i don't really think so now.

The twin boys and the strawberry haired little girl belong to Daniel and Meredith Patterson. Mark and Micheal and Jill. My dad was Jill's godfather (whoopee) i assume they don't mean the mob. too bad. Dan should be around 60, from what I heard he has been a "black sheep of the family"  wow, another one besides me!  and that Meredith just hates him. have no idea why they are still married.

My Father's only sister Patricia is next in line. She married a man named Ed Spahr who is in the back.  Aunt Pat (Dead 2005) was a wonderful woman. she had had breast cancer for a long time but finally lost in april of 05.  I loved her and she was the only one who loved me back. Aunt Pat has 4 kids here.  Danny, Pamela, Sandra and Gilmore.

Finally, we have my fathers younger brother Henry. He is the father of my cousin Kim. Kim's mom who is next to him, i think her name was Nancy.. however she just ran off and left and henry raised Kim.  Kim is now 30 and lives in Chicago. (yeah it would make sense for the two of us to know each other, but not in this family)

So, to finish from the relatives in that photo in 1977, here in 2007 (damn) we have 5 DEAD/ and One Physical/emotionally and spiritually dead.

My grandparents lived in Virginia,    Pat and her family have always lived in South Carolina,  Uncle Henry has always lived on the East Coast, Pennsylvania,  Daniel Patterson and family live in North Carolina.    and then me, i live in Memphis. 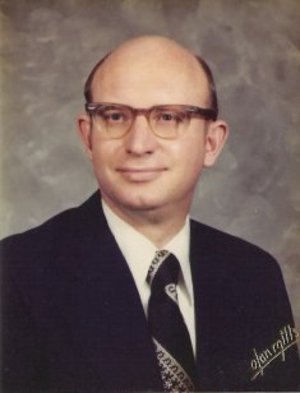 Thanks for caring about me, during your time of illness.. Unlike one other parent I know.. who will remain nameless--ha ha..

I love you, even though after 12 years you are probably just bones by now,, and you have no clue how creepy that is to someone turning 30!

I love you dad! I miss you! I hope you are at peace,
Love Annemieke 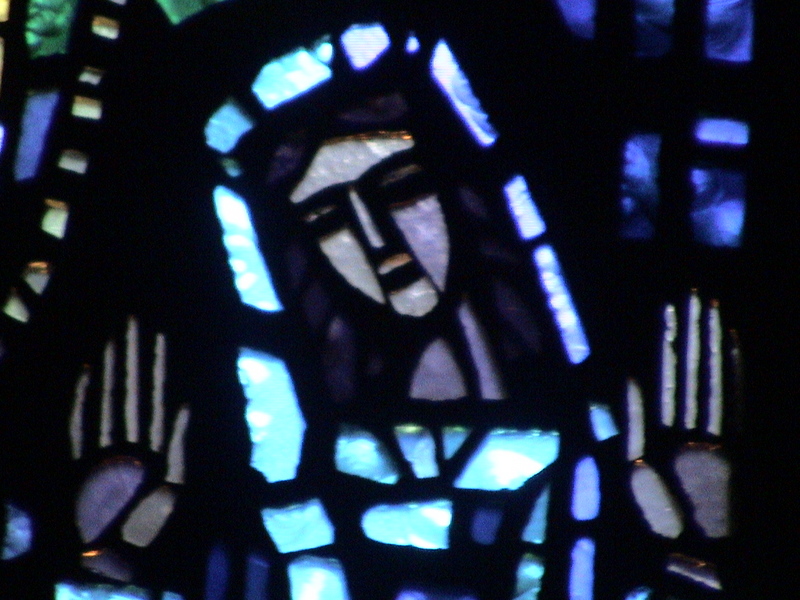 There it sits on the second floor,
Behind it's glass, lay a world I did not know.
Behind it's glass, lay the stranger's home.
For Seventeen years, it remained unknown.
But now, the window speaks a silent tale of regret and shame.
To those it has left behind.
A secret, forever locked away.
For the living to endlessly ponder in their minds...

This poem, is in tribute to my father The Reverend John Gilmore Patterson III Ph.d. A priest at Grace St. Luke's Episcopal Church in Memphis, TN and a Chaplian to the Mentally ill at Memphis Mental Health Insitute in Memphis, TN

He was a major ass hole in life most of the time,,, to me and my mother.. But despite of all the hurt he caused in my life;I believe on Sunday he will be VERY PROUD of me...

Find out my Aunt Pat died..April 05 I really loved her

God, i can't believe this, my uncle ed just called me. Pat died earlier this week and the funeral was like yesterday. Nobody contacted me. I really wanted to go to her funeral. What the hell? I am in total shock. Pat was my dads sister, and the only relative who gave a rats ass about me. I really am going to miss her, I just talked to her like a month ago. She had a stroke is what uncle ed said, but she has been battleing cancer for a long time. This is fucking messed up. She sent me crappy birthday and chrismas gifts every year, the only relative that cared. Now, i am completly and totally disconnected with my "family" this is a nightmare. The funeral was in south carolina, but i told paul if she died and we were still together that we would need to go. But nobody fucking told me. what the hell is wrong with them? i have absolutely no family now. Yeah I think i'm lonely, never mind the other entries. This really makes me think i shouldnt be in Ca, but should be back home in a the church, and with ellen and her friends. I should be buildig other relationships that are impossible to build out here. man my life is messed up. I loved aunt pat cause she really cared about me, How can somebody stay alive when EVERYBODY is dead. all my grandparents, my parents, now my aunt.

Well, how this happened and why is beyond me. Surving is just totally stupid. I guess i am gonna live the rest of my life like an isolated homeless person. no one cares when a homeless person lives or dies, Honestly, i'll probably spend the rest of my life alone in my house, slowly going insane with ten thousand cats. nobody every calling to check on me. My birthdays will go by, nobody will notice. I'll graduate from college in august, no card of congrats, no nothing. If i run out of money, i will end up on the street.

well god bless aunt pat, the last time we talked you said you were nervous about the cancer and wished you had my dad to talk to,, well i guess you can talk to him all you want to now.
I really really really hate life. its full of nothing but heartbreak and fear and disappintment and lonlinessness. I mean I REALLY REALLY REALLY hate it.

Good bye aunt pat, thanks for including me all these years. I'm sorry i missed your funeral but it wasn't my fault, nobody told me, and thats how the rest of the family is. worse on my mom's side, total bastards,
aren't you supposted to be really old before everybody dies. I guess not. thank god the cats are here, georgie is in my lap. I guess the two of us will be having lots of conversations from now on, yeah, on the rest of my birthdays, i'll have to send cards to myself.